If you enjoy running, walking, cycling, or competing in endurance events, join Team CCF and turn your favorite past time into an opportunity to educate others and raise funds for research. Show your passion for your sport and challenge others to go the distance for pediatric cardiomyopathy.

Register your athletic activity with us, and we will help you set up your own fundraising page to share with others.

Naperville Women’s Half Marathon in Illinois 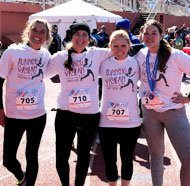 Team Rylan and Running for Rylan and a Cure for Cardiomyopathy fundraiser was organized by Heather Ory in conjunction with the Naperville Women’s Half Marathon in Illinois. Her team of dedicated runners raised $37,295. Over the years, Heather Ory and Jonathan Lombardo have raised more than $56,500 for CCF in honor of their son Rylan who was diagnosed with hypertrophic cardiomyopathy as an infant. 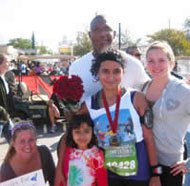 Wearing her CCF t-shirt Kavitha Baratakke ran in honor of her daughter, Sharanya, who was diagnosed with dilated cardiomyopathy a day before her first birthday. With 100 percent humidity and temperatures well into the 80s, Kavitha finished the San Antonio 5K marathon with an impressive time of 2:07:33. With the support of friends and family, she raised more than $2,400 for CCF. 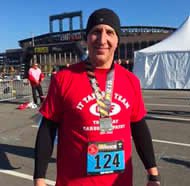 Chad Joseph was diagnosed with hypertrophic cardiomyopathy in 1999, and four years later had a defibrillator and pacemaker implanted. Under his physicians' guidance, Chad trained for months to prepare for the Men’s Health New York’s Urbanathlon, a challenging 10-mile, 19 obstacle course. Chad set up a crowdrise page to share his story and raised more than $6,000 for CCF.